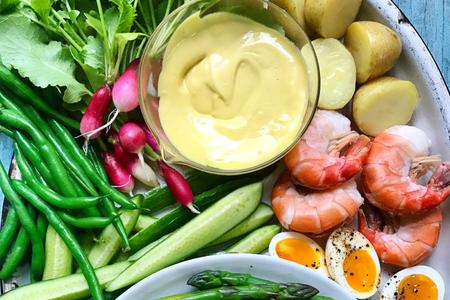 Place the bulgur wheat in a large heatproof bowl.
Pour in the boiling water…add 1/4 cup lemon juice, 1/4 cup olive oil, and 1 1/2 tsp salt.
Stir to combine and let stand at room temperature for 1 hour.
Add the green onions, mint, parsley, cucumber and tomatoes…mix well.
Add pepper to taste and refrigerate 2-4 hours.
Whisk the yogurt, lemon zest, remaining 1/4 cup lemon juice and 2 tbsp olive oil together in a small bowl until well blended…refrigerate.
When you’re ready to serve, cut off the tops of the tomatoes, remove the seeds and flesh inside, leaving the shell intact.
Spoon the tabbouleh into the tomato shell and generously drizzle the dressing over the top. 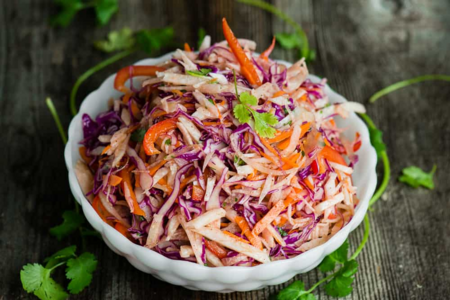 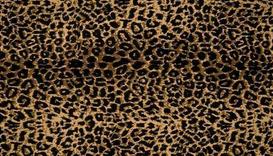 Whisk the orange juice concentrate, balsamic vinegar, and olive oil together in small bowl.
Season with salt and pepper to taste and refrigerate until ready to serve.
Combine the cabbage, carrots, jicama, green onions, and cilantro together in large bowl.
Toss with the dressing as desired and serve. 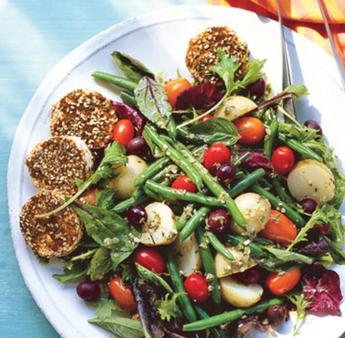 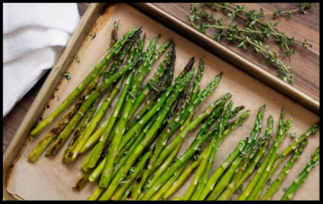 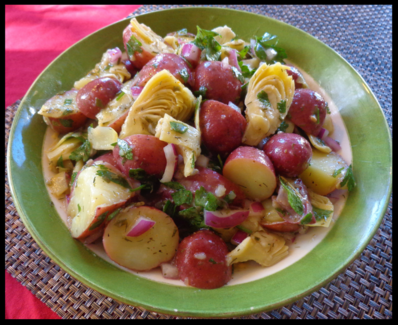 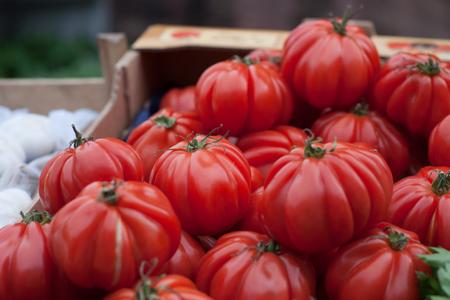 Heat 2 tbsp olive oil in a large sauté pan over medium-high heat.
Season the chicken breasts with salt and pepper to taste and cook for 4-5 minutes per side or until the chicken is cooked through.
Transfer the chicken to a plate and let rest/cool for 15 minutes.
Meanwhile, whisk the remaining olive oil, balsamic vinegar and mustard together until well blended.
Season with salt and pepper to taste.
Chop the chicken into small cubes and add to a large bowl with the lettuce, pecans and red onions.
Toss with 1/2 the vinaigrette until well coated.
Top with the blue cheese and serve immediately with remaining vinaigrette on the side.

and garlic together in a large bowl…toss

until well coated.
Transfer the asparagus to a rimmed baking sheet and spread out into an even layer.
Roast in the oven for 10-15 minutes or until browned and roasted.
Shake the pan a few times during cooking to make sure the asparagus roast evenly.
Remove from the oven and serve hot.

​Recipe from "Branch and Vine: Love and Deliciousness From the Olive Oil Store," by Mango Dragonfly

Whisk the vinegar and mustard in medium bowl until well blended.
Gradually whisk in the olive oil.
Stir in the parsley, shallots, and artichoke hearts.
Season vinaigrette to taste with salt and pepper…set aside.
Boil the potatoes in salted water until tender…drain and transfer to large bowl.
Pour the wine over the potatoes and let stand for 5 minutes.
Pour the vinaigrette over warm potatoes and toss gently.
Refrigerate until ready to serve.

Whisk the vinegar, shallot, thyme and mustard together in small bowl until well blended.
Gradually whisk in the olive oil.
Season to taste with salt and pepper.
Refrigerate the dressing.
Steam the baby potatoes until just tender, about 10 minutes…allow to cool.
Steam the green beans 5 minutes.
Immediately rinse under cold water and drain.
Combine the greens, basil, potatoes, green beans, tomatoes and olives in large bowl.

Add the vinaigrette as needed, toss and serve.

Traditionally, a grand aioli features at least six components. Possibilities include: poached fish, shellfish, boiled potatoes, fresh radishes, fennel, cherry tomatoes, hard boiled eggs, baby carrots, steamed artichokes, asparagus or green beans.
You can certainly make this in a blender or food processor but sometimes it’s fun to do by hand. Either way, be sure to add the oil slowly, excruciatingly slow, molasses in the snow slow, to get the right texture.

Add the garlic and salt to a medium bowl and mash into a paste.
Whisk in the egg yolk until well blended.
Whisking constantly, add in oil slowly…drop by drop…gradually increasing to a very fine stream as the aioli thickens.
Keep whisking until the oil is incorporated and the aioli hold its shape when spooned.
Chill until ready to serve.

Recipe from "Branch and Vine: love and Deliciousness from the Olive Oil Store," by Mango Dragonfly